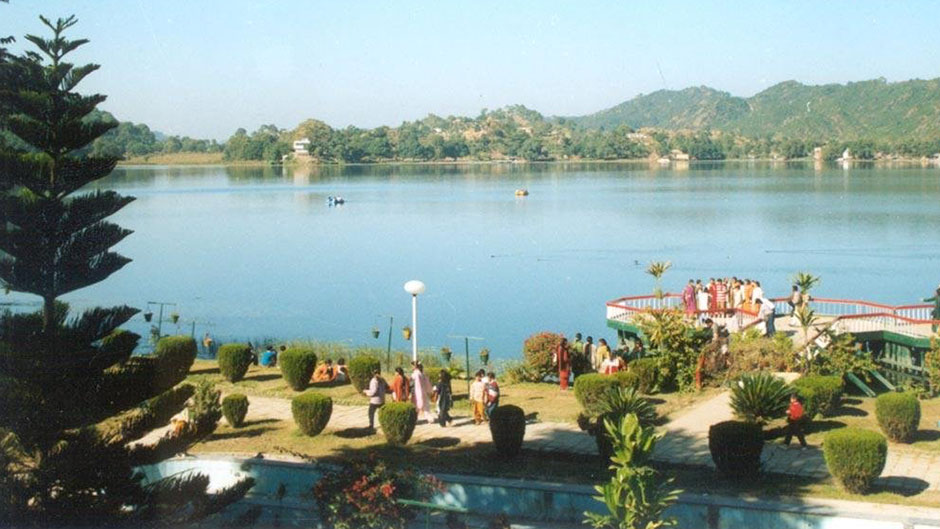 Mansar Lake is one of the popular attractions of Jammu, which is surrounded by forest covered hills. On the eastern bank of Mansar Lake, there is the Sheshnag Temple housing a figure of a snake with six heads. The water body is associated with a mythological legend, therefore is frequented by tourists and devotees alike.

Boating facilities are rendered at the site by the Tourism Department. Along with recreational facilities, the rich flora and fauna draws the attention of tourists. There is a cemented path around the water body along with decks for sighting birds, turtles and fish.

The wildlife sanctuary at the site provides shelter to spotted deer and neelgai along with water birds such as cranes and ducks. Tourists can also explore the traditional life style of Gujjar and Backarwal communities in the surrounding areas. These communities wear ethnic costumes and reside in open ‘kullhas’.

Umapati Mahadev, Narsimha and Durga Temple are some of the notable religious shrines in proximity of Mansar Lake. Mansar Lake can be reached by heading on National Highway 1A.

Two ancient temples of Umapati Mahadev & Narsimha as also a temple of Durga are situated in the vicinity of the Mansar lake. People take a holy dip in the water of the lake on festive occasions.Newlyweds consider it auspicious to perform three circum-ambulations (Parikarma) around the lake to seek the blessings of Sheshnag, the lord of serpents, whose shrine is located on its eastern bank.

Certain communities of Hindus perform the Mundan ceremony (First hair cut) of their male children here.There are also some ancient temples on the lake’s shores, which are visited by devotees in large numbers. Mansar is also ideal for boating for which the Tourism Department provides adequate facilities.

With all religions belief and heritage behind the Mansar Lake is also picking up its fame among the tourists with all its flora & fauna. The lake has cemented path all around with required illumination, with projected view decks to enjoy flickering of seasonal birds, tortoise and fishes of different species. There is a wild life Sanctuary housing jungle life like Spotted Deer, Neelgai etc. besides other water birds such as Cranes, Ducks etc. One can also witness the traditional and typical distinct life style of Gujjar and Backarwals wearing ethnic costume, living in open Kullhas around on the hills of Mansar Lake.